Last week’s post was all about our favorite Thanksgiving Recipes and this week’s post will not be too much different: we literally ate leftovers all week. Instead of showing you the warmed-over version of what I cooked, I’m giving you the pictures from the day it was served. It looks a lot better that way.

I am still blown-away by how generous people were to our family after my miscarriage a month ago. I’m emphasising it because we’ve had meals prepared for our family for a month now and… How can I say this… It’s been eye-opening and humbling. I have never brought a meal to someone who has miscarried. I remember once dropping something off at the house of an acquaintance who had recently miscarried. It was on recycling day and her curb was covered,I mean covered, with empty pizza boxes. It was as if my family had kept all the pizza boxes for two years in the garage and suddenly put them out to the curb. I remember thinking (yes, I am that aweful of a person) “Really?” It just seemed so extreme to me. In the back of my head, the thought that maybe someone was taking advantage of the situation might have reared it’s ugly head. Now I can tell you: yes, really. A dear friend who sent us a gift card for M&M wrote in her card to expect a complicated miscarriage to have the same footprint as a full term pregnancy. I’m starting to believe it. Long story to say: people have been feeding us, people are absolutely amazing, it is as appreciated as it is needed.

Thanksgiving has marked the end of my post-traumatic love fest with comfort foods. Now is the time to get serious with health and wellness, starting with cleaning-up my eating. My eating is pretty clean already and I am researching to what extent claims that gluten and dairy can worsten a thyroid condition may be trusted. Separting the wheat (ha!) from the pseudo-science is an extreme sport, let me tell you. I’d love to read your experiences with food elimination and if you were successful in turning-off the little voice in your head telling you that there is no medical basis to gluten sensitivity. I’m so eager to feel good again and I’ve received such confusing and inappropriate care from my doctor that I feel like any twerp on Facebook with a made-up degree could sign me up for a kool-aid retreat if it promised results.

I made Artisan Bread. I’m not very good at it, especially at getting the crust just right. I love how the kids all made turkey sandwiches right off the bat. As they say, leftovers are the best part.

For veggies we had lettuce, cranberry apple orange sauce and boozy squash. Oh and sinful Brussel Sprouts, with cheese, bacon and onions. My husband made mashed potatoes and we researched on Google why mashed potatoes get gluey. Answer: overcooked and overworked. Turns out potatoes are fragile little things. You need to gently coax the starch out lest it comes out galloping and turn your mash to glue.

Once we were all turkeyed out, we went for a walk. You know the nice thing about being completely wiped-out-of-shape? You can take a 4km slow walk and you’ll feel like you just run 12km. 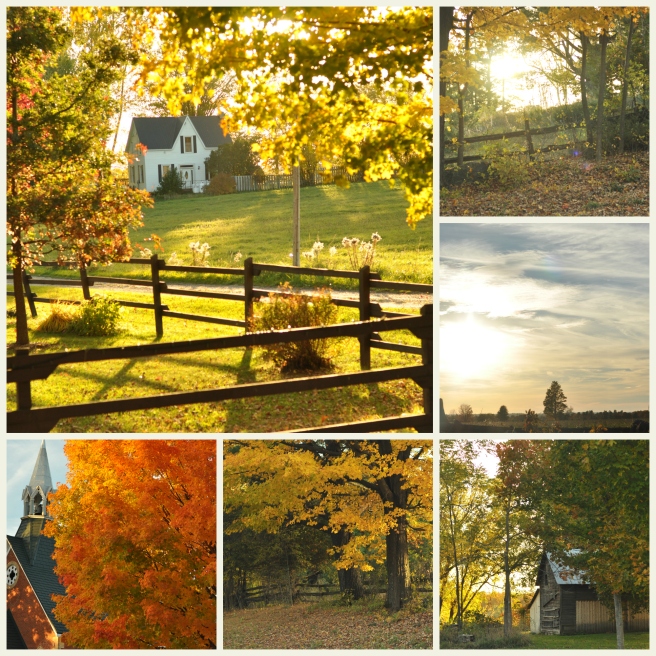 When it comes to traditional meals, I’m of the school of “If in ain’t broke, don’t fix it” Every year in September or October, Canadian lifestyle and cooking magazines release their Thanksgiving issues where re-inventing the wheel seems to be the key concept. Here’s some inconvenient truth for you: if you can’t stand your mother-in-law’s turkey and fixin’ , chances are that her cooking talents are lacking. Next year, don’t try to stuff guinea fowl with some fusion South Asian mixture. Just get a good cookbook and give MIL a break. Here, tradition is Queen.

I am not a naturally good cook. My husband and I were laughing at our early days as a couple because we had a rotation of two meals: tortellinis with tomato sauce (from a can) and tuna sandwiches. I grew-up surrounded by my mother’s excellent cuisine so it didn’t take long for me to put on my try-hard pants and broaden my horizons.  My mother-in-law (who is a good cook, wave!) gave me a subscription to Canadian Living Magazine, my mother gave me a few good cookbooks and I learned by trial and error. I don’t consider myself a good cook yet — I’m way to distracted and rushed to do a good job of anything — but I can follow a recipe. Here are a few of our family favorite Thanksgiving recipes (with pictures from 2 years ago because Thanksgiving lunch is tomorrow in this family. But hey, a turkey’s a turkey…)

THE TURKEY AND THE STUFFING: Sage Butter Turkey with Shallot Sausage Stuffing. We need to breed turkeys with bigger cavities because there is never enough of that stuffing. I usually double the stuffing recipe, stuff the turkey, beat a few eggs into the leftover stuffing, pour it into a loaf pan and bake it into a “stuffing loaf”. I usually make a whole pound of sage butter and keep some for the bread. Food poisoning tip: take the butter you will need for the bread out before you start playing with the turkey so you don’t cross contaminate your butter by repeatedly putting your raw-meated hands in it. Buttering the turkey is a highlight of Thanksgiving and the children fight for it. We cook the bird on the BBQ (you’re welcome, neighbourhood). I don’t have a recipe for roasting a turkey on the BBQ. All you need to remember is: indirect heat for a long time. If you can use an aluminum pan to catch the drippings, you can baste away but not until the turkey is somewhat cooked: you don’t want too much heat variations by opening and closing the BBQ repeatedly.

THE CRANBERRY SAUCE: I always make the cranberry apple sauce from Canadian Living.

THE BRUSSELS SPROUTS: Where I manage to make Brussels Sprouts (a) totally edible, and (b) bad for you (sorry, can’t have one without the other). Here’s how: first I pare the sprouts and blanch them for 4 minutes (maybe?); then I cut them in two (because surface matters for what is about to follow); then I fry some bacon and set it aside; I pour out most of the fat but leave what is coating the pan; then I add some butter (yes!!! I absolutely do); then I add some finely sliced onions and cook them until golden but not too much yet; then I add the sprouts and brown them in the butter; wait, we’re not done here; then I put them in a baking dish, add the bacon and — believe it or not — COVER IT WITH CHEESE. Then I bake the whole sinful thing. Then I pray that my kids won’t want to eat any.

THE SQUASH: My favorite squash recipe comes from a tattered printed email I received after after a youth group pot luck where it was served. You take dried fruits (I like to use a mix of cranberries and currant but anything goes, even raisins) and throw them in a pot with booze. Yes you do. Cover the berries in booze (Sherry comes to mind) and bring to a simmer. Let it simmer until the fruits are plump and the booze is mostly evaporated. I can’t remember if I cover it or not but you’ll figure it out. Meanwhile, roast the butternut squash according to your favorite method. Scoop the flesh into a bowl, add the booze-soaked berries, a generous serving of butter, salt and pepper, et voila.

THE GRAVY: by now, I am totally exhausted and my mother-in-law, who is a pearl, remembers the gravy which I have completely overlooked. She makes it using the turkey drippings, some chicken broth and a thickening agent such as flour, cornstarch or Bisto stuff, depending on what I have on hand.

THE DESSERTS: My mother-in-law usually brings the desserts and the selection is Thanksgiving themed. If you want a good pumpkin pie recipe, check this one out from Smitten Kitchen.

That’s the Thanksgiving Dinner with the English side of the family. On the French side, we celebrate everything with my favorite dish of all time, the traditional “tourtiere-that-is-not-a-meat-pie”. I promise to write a post about it but I need to find some pictures and a recipe that corresponds more-or-less to what my mother makes to share with you. Just to tell you how much I adore this traditional French Canadian dish, when I was pregnant with my first child and very sick, my mother made a tourtiere for my birthday and I remember throwing-up and coming back to the table to start again. Now that’s commitment.

Tomorrow I might get adventurous and try some kind of scalloped sweet potatoes. Anyone knows of a good recipe?

Leaving you with my favorite quote this Thanksgiving, in memory of Paul Prud’homme:

Anderson: So how to you cut the turkey to be able to stuff it with a duck stuffed with a chicken?

Paul Prud’homme: Very carefully so you don’t hurt yourself!